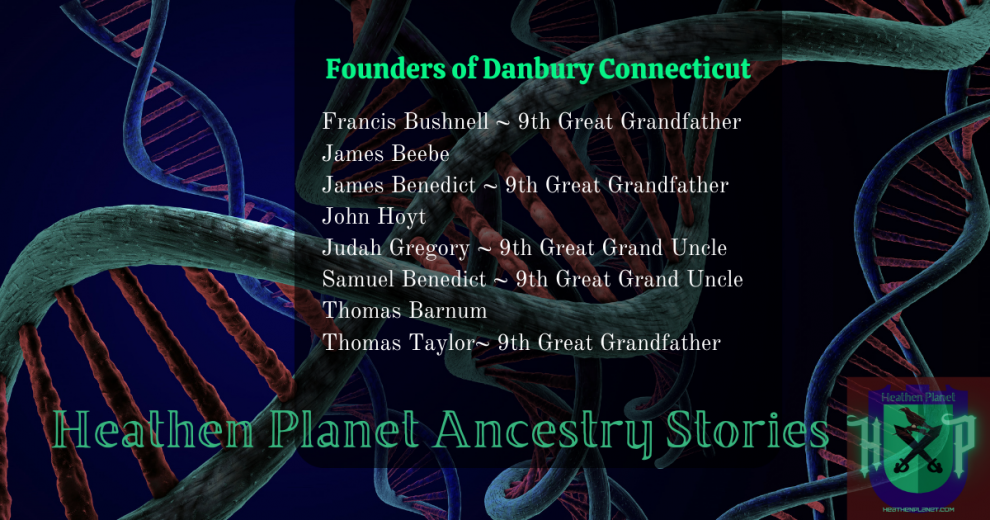 We’ve had a few rain days recently that kept me inside, a perfect opportunity to work on my ancestry research. Many cultures celebrate or honor their ancestors. Oftentimes our predecessors are honored for the glory of their individual deeds. While I understand this, I’ve come to the point that I honor my ancestors solely for surviving long enough to pass on their genes. Individual deeds are the glory or shame of the individual alone. However the historian in me wants to know, so I go digging to understand the stories that contribute to who we are. Both of the stories below are working back from my paternal 2nd great grandparents.

Rebellion Against the King?

Until recently I had a brick wall with my paternal 2nd great grandfather, Benjamin Franklin Cook. He was a late arrival into the US, entering in 1878. I found his arrival records and then was able to trace back another 5 generations to my 7th great grandfather George.

George Cook was born in Chard Somerset, England less than three months after the Monmouth rebellion was suppressed in the area. This was 1685. It is said that the protestants in the west country of England flocked to the Duke of Monmouth’s cause against the Catholic King James II. They came armed mostly with farm implements, thus this uprising is also known as the pitchfork rebellion.

After the rebellion was put down, many hundreds were tried and executed for participating. I don’t have any proof that my ancestors took part in this rebellion or that they were executed, but it’s not a stretch of the imagination to think it possible. I’m at a brick wall on this line, so I’ll keep digging.

I was following some new leads on another of my paternal lines. Working back from my paternal 2nd great grandmother, I have a boatload of Puritan ancestry. I had picked one of those lines at random to work on at that moment and found this historical nugget.

In the early spring of 1685, eight determined families traded with a small tribe of Native Americans for about 48 square miles of land to settle near the Still river in Connecticut.

Forty-eight square miles of land, in an area called “Pahquioque,” meaning “open plain,” was purchased for “30 pounds, 12 axes, 12 knives, 4 kettles, 10 overcoats, 1 piece of cloth and other goods in hand,” from a small tribe of Potatuck Indians.

The Museum in the Streets, Danbury Connecticut

In 1687, the settlement was granted town status by the General Court. A petition by the inhabitants to name the town Swampfield in acknowledgement of the low lying wetlands in the area. However it was decreed that the town should be called Danbury after a village in Essex, England.

Three of the founders of Danbury Connecticut are my 9th great grandfathers, two are 9th great grand uncles. Add in wives and numerous children, and my roots run fairly deep in a place I’ve never been. In the preceding couple of generations of these families, my ancestors were early settlers of other areas in Connecticut such as Norwalk and Stratford as well.

Sir Henry was a Mayor of Nottingham England, and a shoemaker. He was later a puritan immigrant to America, and a founder of Norwalk Connecticut.

When we think of all of the events of history, the wars, plagues, famines, migrations, and natural disasters it really is amazing to consider that our ancestors survived in an unbroken line to us. I have many stories to tell in my ancestry. Some dared great deeds. others endured great suffering, and some were treacherous. All have left their marks on the succeeding generations to shape us. So let’s be kind to each other and future generations because we really are all family.