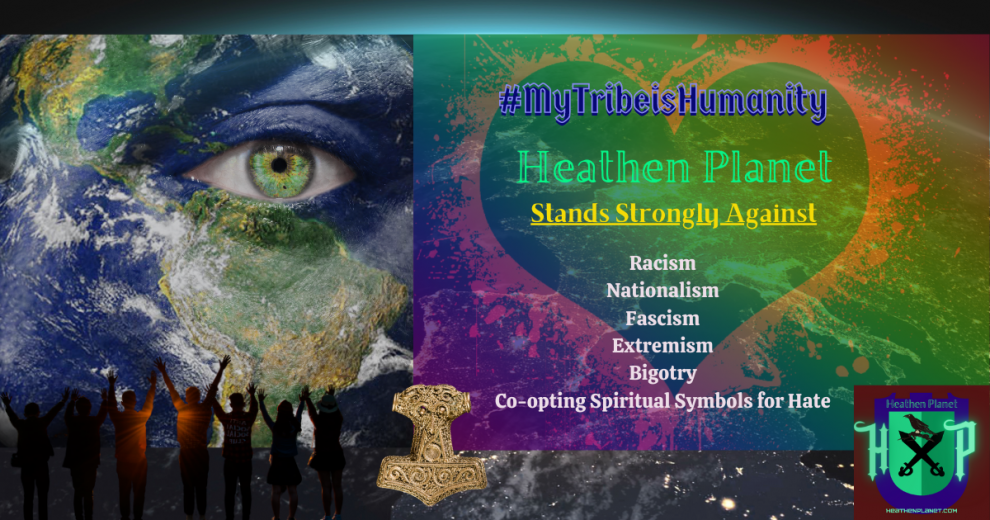 Insurrection in the Temple of Democracy

On January 6th 2021, a delusional hate mob invaded the Capitol of the United States. This mob detached from reality, wearing their Auschwitz shirts, carrying confederate flags, worshiping and obeying their hate slinging master Trump, defiled our temple of democracy. It’s time to stop the hate.

Our democratic republic is not perfect. It’s never been. However for 244 years it’s been the best we’ve got. It requires work, and we the people have neglected it more often than we should. But no matter how we disagree with each other, our democracy provides the vehicle for us to talk it out, while striving toward the more perfect union our founding fathers spoke of. Often our democracy is messy, and sometimes the people have to take to the streets to protest for their rights, however what I saw January 6 disgusted and sickened me.

Tribalism and violence have permeated human culture from time immemorial. And in our earliest prehistory, it may have been instrumental in our evolution. Sapiens are the last hominids standing after all. For hundreds of generations, humans have been divided. Tribes, nation states, empires, elites, peasants, slaves, etc.

In ancient times, some divisions maybe made sense for group survival. Over millennia, these divisions have become ingrained as bias. Our biases shift ever so slightly from generation to generation as people and populations change and ideologies travel and evolve. We began to fight not only for resources or territory, but over ideology.

This planet has seen 101 generations of humans from the supposed time of Christ (0 “A.D.”) to the present. We are still fighting wars over the bronze age ideologies and politics that gave rise to Christianity and Islam with modern nation states still regularly threatening to wipe one another off the Earth for their beliefs. These ideologies have historically been spread by the sword or in modern times, guns and artillery, and now social media.

These People Do Not Want to “make America great again.”

For the last four years, Donald Trump & Co has empowered christian nationalists, white supremacists, conspiracy theorists, and media fear mongers to climb from under their rocks. They have openly stoked division and fear, culminating with the attempted coup of January 6 trying to overthrow the country and constitution they claim to want to make great again.

Let me be clear here. These people do not want to “make America great again.” They want to build a white christian-ish nation state with no people of color or other “impure” blood where their white hate version of Jesus is supreme and Donald Trump is the Dear Leader.

This movement co-opts the symbols and mythologies of Heathens, Hindus, Christians, and others to create a disturbing and regressive ideological vision for the world. Using conspiracies, disinformation, propaganda, and violence to recruit the privileged ignorant and under educated, the current iteration of this beast spews forth the cult of personality that is Donald J Trump.

So how do we move forward? It’s easy to scream and meme to lock them all up. However the reality is that 75 million Americans voted Trump. A record were it not for the 85 million who voted for Joe Biden. Here’s where it gets messy. Any one who enabled, encouraged, egged on, or engaged in the Capitol coup attempt must face consequences.

However we can’t lock up or shun the rest of the everyday under educated and ignorant Americans who have fallen under Trumpism’s spell without engaging in violence. This just perpetuates the problem for generations.

We must preach rational facts and objective reality to our friends and family. In these perilous information wars, we must use truth as our tool. I heard Neil DeGrasse Tyson once say that he thought the relative percent of the population who are flat earthers hasn’t changed over time, now they just have the internet and social media to spread their conspiracies. The same is true of demagogues and their supporters. Hold the line by rebutting with truth.

We must resist the ideas of racism, fascism, nationalism, religious extremism. Continue strive towards justice and equality as we strive toward a more perfect union. Stop the hate.

Heathen Planet joins Heathens Against Hate to stand for inclusiveness.