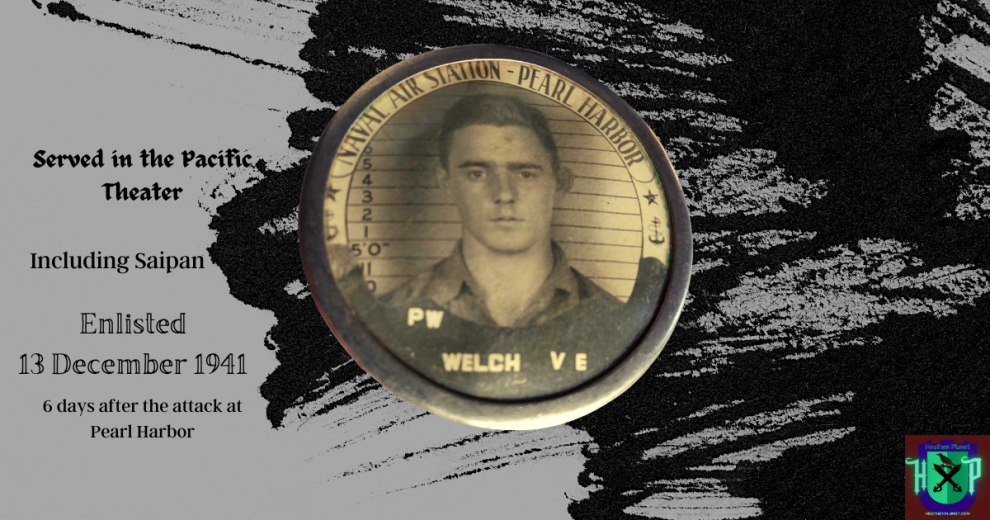 In this series, I’m honoring my ancestors, those who came before, and for which my life is possible. I celebrate their glories and success while trying to understand and acknowledge their failures and disappointments.

I was going through my Mom’s genealogy box and found the badge in the picture above. This is my grandfather, while he was stationed at Pearl Harbor for MOS (military occupational specialties) training in WWII. He enlisted in the US Navy on 13 December 1941. This was six days after the surprise attack on Pearl Harbor by Japanese forces. He was 17 years old

He served in the Pacific theater throughout the war working up to chief electricians mate, including at the brutal Battle of Saipan. After the war, he worked briefly as an assistant professor of philosophy and logic. Next going on to get advanced degrees in business and engineering. He went on to become a purchasing and materials manager for Ball Corp. He spent significant time in Asia in that role.

His Influence on Me

As a kid, I was always excited to see him, as he would keep some of his foreign coins from oversees trips, and give them to me when he saw me. I still have this collection of coins to this day.

Some years after he passed away, I received some of his writings, books and other belongings. This includes his photo album from WWII. I believe the war affected him profoundly. His poetry was dark. Some of the pictures in his album from the war, are horrific, and I’m sure only scratch the surface of what he saw and experienced.

His books I received, guide me further on the path as a seeker of wisdom, spirituality, and knowledge. While I’m somewhat sad that I didn’t have the opportunity to know him better as I matured into an adult, I’m happy that his influence has pushed me toward better things. And while I’m generally anti war, I’m proud him and his generation took up the call to fight the fascist and imperialist evil rising up in society at the time.

I’m just getting started. My family history research is pretty deep. And I love writing about my ancestors. So if you’re enjoying this article, please share and subscribe. Tell me a story about your favorite ancestors in the comments below.